Take time to see where you are… 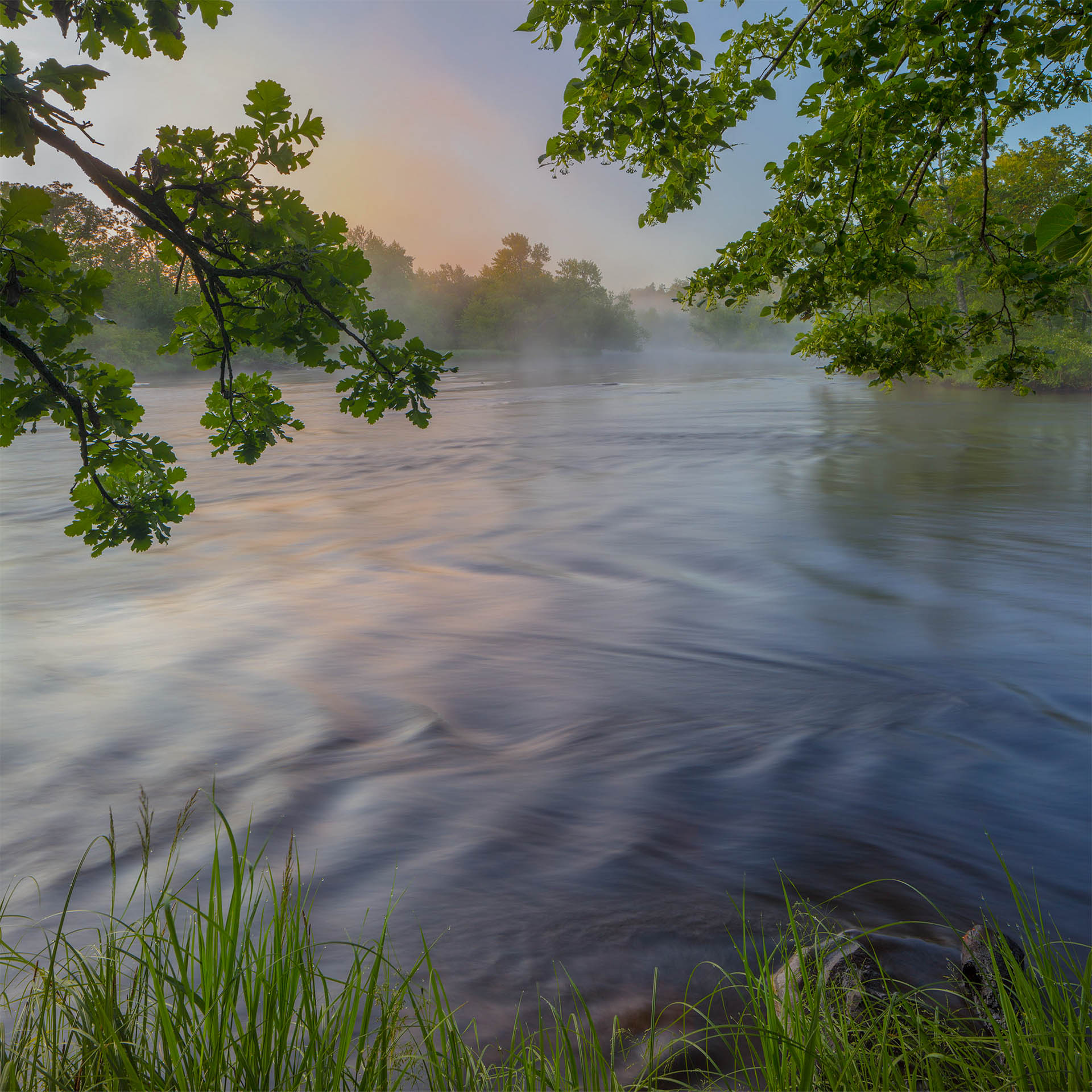 This photograph was made on a recent trip on the Upper St. Croix. My camp site was a few yards to the right, and a swift rapids a few yards to the left. As soon as I landed, I took my camera over to the rapids and made some images, returning several times as the light changed throughout the evening, and again in the morning. Each time, I’d walked by this spot, head down, watching my footing, in a hurry to get to my destination, or back to do something around camp. Then, in the midst of the sunrise, as I was going to get a different lens, I happened to glance up at these burr oak and basswood branches. I instantly realized, that while not as dramatic as the rapids, it was a far better subject than what I’d been working with. I used a 2 second exposure to smooth out the water, emphasizing the pre-dawn dreaminess of the moment. The square format was created with two horizontal captures with a tilt/shift lens, shifting up for one and down for the other, then combining them in Photoshop’s Photomerge.

About the Author: admin

Craig Blacklock is a fine art landscape photographer specializing in the interface of water and land. He has Blacklock Photography Galleries in Moose Lake, MN and within Waters of Superior, in Duluth's Canal Park. www.blacklockgallery.com

Sorry, the comment form is closed at this time.